Hello everyone, my name is Amanda and I am just starting work as the new Important Birds Area coordinator. I have been a volunteer for the IBA program at several blitzes over the past couple of years so we may be familiar faces to each other. Prior to this position I was working as an environmental policy analyst in Manitoba, but my passion has been birds for many years. I completed my undergraduate degree at the University of Manitoba with work terms at Agriculture and Agri-Foods Canada as a riparian health technician and at Ducks Unlimited Canada working on the Carp Exclusion Project at Delta Marsh, Manitoba. It was working and living in the middle of Delta Marsh during two springs and summers that my interest in birds took flight.

From 2015-2017 I complete my M.Sc. degree at the University of Manitoba in the Avian Behavior and Conservation lab. There I studied purple martins, a long-distance migratory bird that catches insects on the wing (aerial insectivore). Recent publications have detailed how aerial insectivores and long-distance migrants are both showing population declines. For purple martins, like many insectivorous birds, it is important that they arrive at the breeding grounds when weather is nice enough to allow for insects to emerge. If birds arrive too early a lack of food and cold weather decrease breeding success, while arriving too late may mean that they do not have enough time and resources to raise their young before autumn migration.

As climate change progresses in North America we are expecting earlier springs and warmer temperatures. If purple martins do not adjust spring arrival timing it may lead to a mismatch, where martins become out of sync with their environment at the breeding grounds, unless they are able to adapt. My work was to examine how purple martin migration and breeding timing may be affected by climate change across North America. 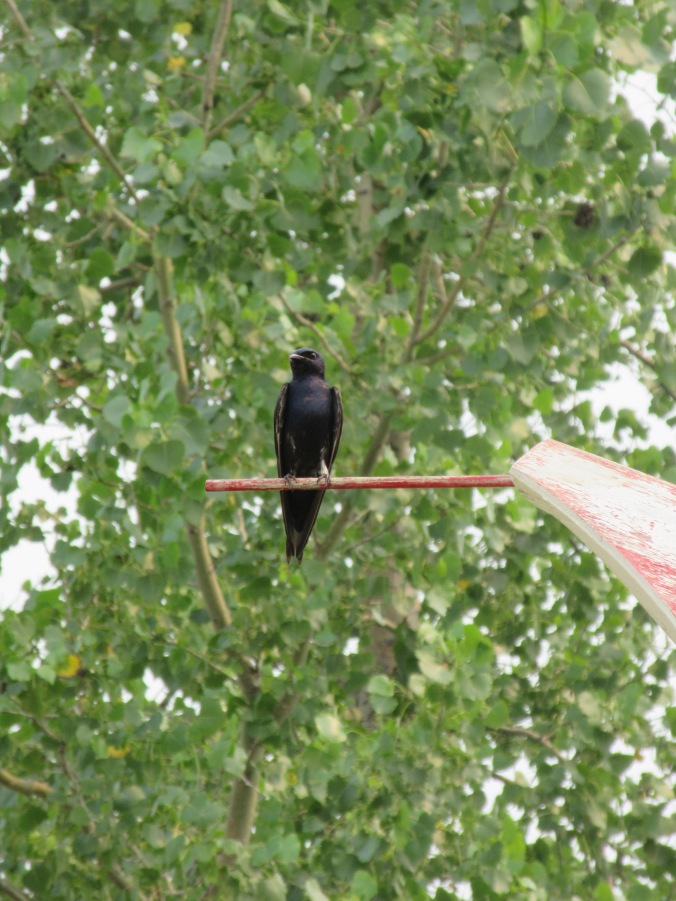 My work involved two approaches both which could only be done with the help of citizen scientists locally and across North America. The first was working on the ground in Manitoba with local citizen scientists to deploy light-level tracking devices, called geolocators, on purple martins. These tracking devices weight less than 5% of a bird’s body mass and use sun rise/sun set and solar noon to estimate latitude and longitude. The tracking devices are put on the birds during the breeding season and retrieved in the following year (they do not transmit data). Luckily for us purple martins generally return to the same breeding sites each year.

Geolocators give us a location for each day they are on the bird, so that we can track time and place of fall roosts, migrations and overwintering sites of these birds as they migrate to the Amazon each year. Overall, I found that spring temperatures along migration did not predict martin migration timing. Instead individual birds had highly similar migration time between different years of spring migration, suggesting that migration timing may be inherent to individuals rather than directed by weather en route. 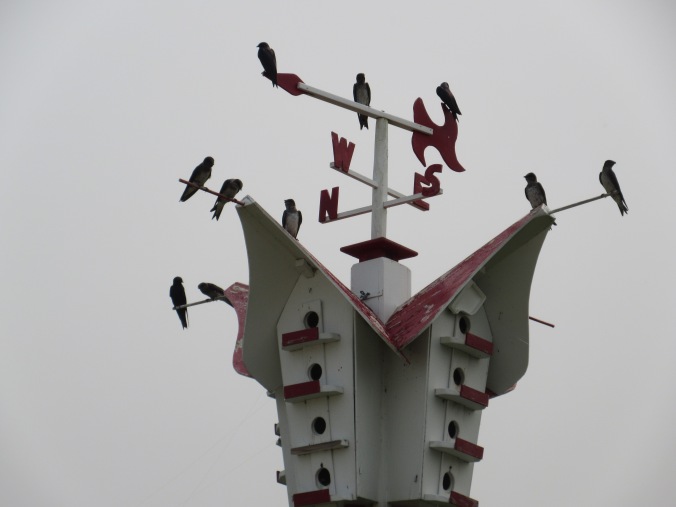 I also used a data set collected by citizen scientists across North American over 20 years through the Purple Martin Conservation Association’s Project MartinWatch. Citizen scientists monitor purple martin colonies throughout the breeding season for egg-laying, hatching and fledging timing and numbers of young. With this dataset I determined that purple martins lay earlier in warmer springs and fledge more young when they lay earlier. I found that selection favoured earlier breeding in most years but there was not increasing pressure to select for earlier breeding over the 20-year period. This suggests that purple martins may be able to adjust their breeding timing to earlier spring conditions. However, if breeding trends continue to become earlier, eventually breeding timing might be limited by the arrival date of purple martins at their breeding grounds from spring migration. 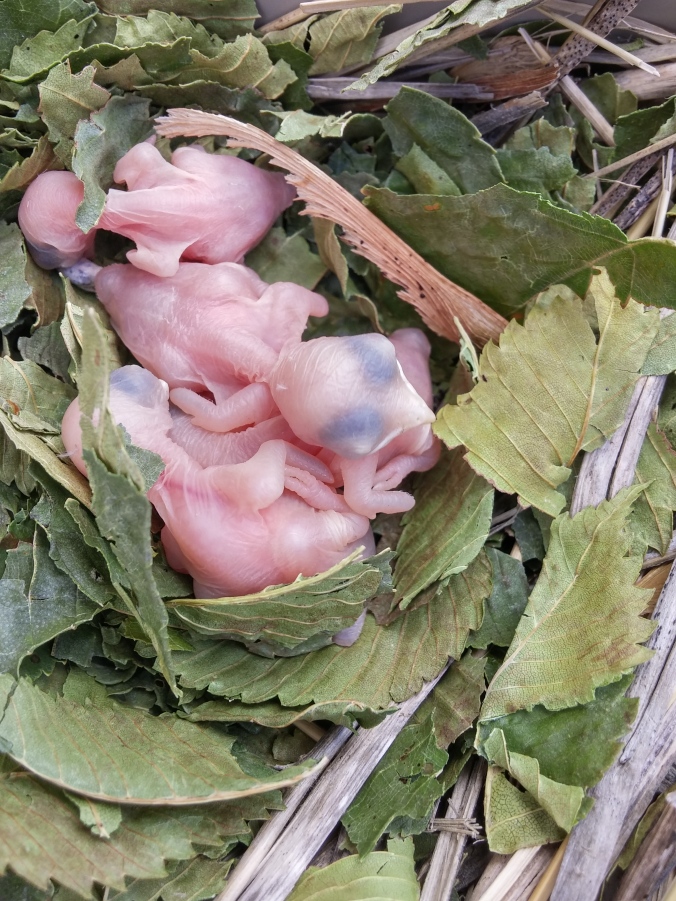 In my roles as a researcher using data collected by citizen scientists, and as a volunteer citizen scientist myself, I have seen firsthand the importance of work done by the public plays in the scientific process. So often science is constrained by time and resources, so the knowledge and help provided by citizen scientists working together provides valuable information and different viewpoints than any one person working alone. If you are interested in joining our team of volunteers, I would love to hear from you at iba@naturemanitoba.ca or (204) 943-9029.