‘Not the most fantastic day to be at Whitewater, but decent shorebird numbers of a variety of species. Shocking to have no ibis, and pretty much as weird to see only two coots! Grebes were pretty uncommon.’ 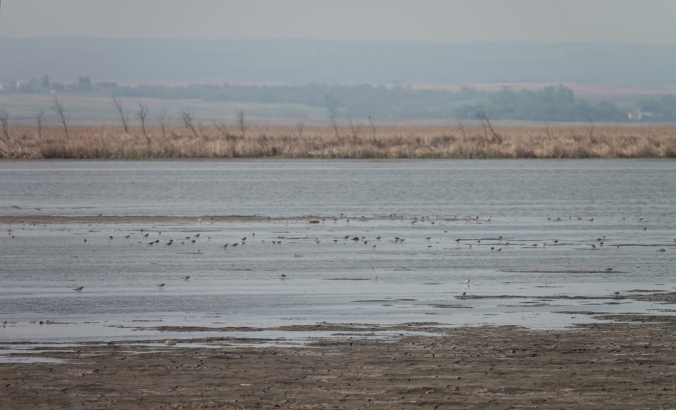 With a focus on shorebirds, there were plenty of undercounts of other groups. But the lack of coots, grebes and herons/ibises has also been noted by other birders this year. Strange! In total, they counted 69 species and 2,206 individuals. Of these, there were 18 species of shorebird, and 1,246 individuals, a little over half of all birds counted. 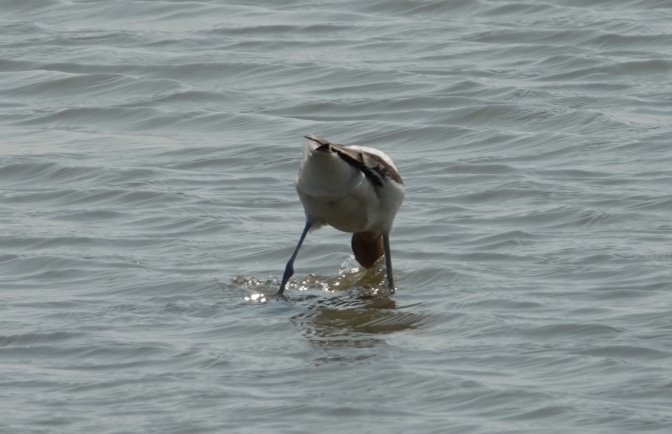 There was not much of an east-west split, although due to road conditions, part of the east was not covered.  Lynnea suspected that concentrations were highest in the northeast corner. Interestingly, and in sharp contrast, this area was almost devoid of water during our workshop on the 18th. Semipalmated Sandpiper was the most abundant species (464), with the next being, perhaps surprisingly, American Golden Plover. There were zero American Golden Plover and Baird’s Sandpiper on the 18th. On this occasion there were no dowitchers. This goes to show the seasonal changes being noted, something that ISS was established to examine.

Thank you to Lynnea and Randy for completing these surveys. We would also like to thank the Manitoba Museum for donating Randy’s time to help, and Canada Summer Jobs for funding Lynnea’s work in southwestern Manitoba this summer (there will be more to come on this).

We still need to do one more visit next week to the lake. If you are interested in helping out we would love to hear from you. Our long-term vision is that we would be able to get visiting groups of birders to run the ISS routes when they are at the lake – the routes cover some of the best places for birding anyway!

And, as ever, here are the results (please note, the 3 zones, east, west and Sexton’s are covered in the maps on this page).