On a stormy Tuesday morning, Tim and I ventured out to the North, West & East Shoal Lakes IBA (MB038). Since our plans in another IBA fell through, we decided to direct our efforts towards the Interlake region in hopes of spotting Red-headed Woodpecker and Least Bittern. Despite the less than ideal weather, we saw a “good number of pelicans”, “okay number of herons”, and were surprised at the “lack of ducks” (Tim Poole, pers. comm.). 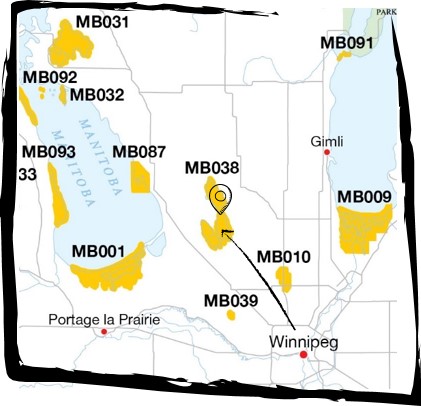 We were off to a great start as the rain (thankfully) subsided once we arrived to the IBA and were greeted by a Great Egret near the side of the road. 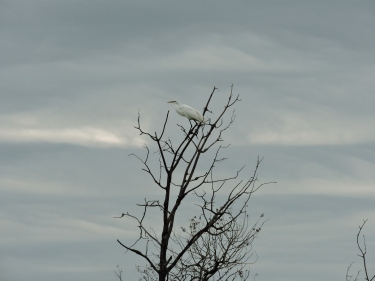 East Shoal Lake was buzzing! We encountered an agitated male Bobolink and were soon able to see the source of all the excitement. A nearby female seemed to be the target audience of this one-man show. Unfortunately, another male showed up (left) and although our performer (right) was definitely more motivated than his rival, she remained close to the cool and collected male, and sure enough, they ended up flying off together! 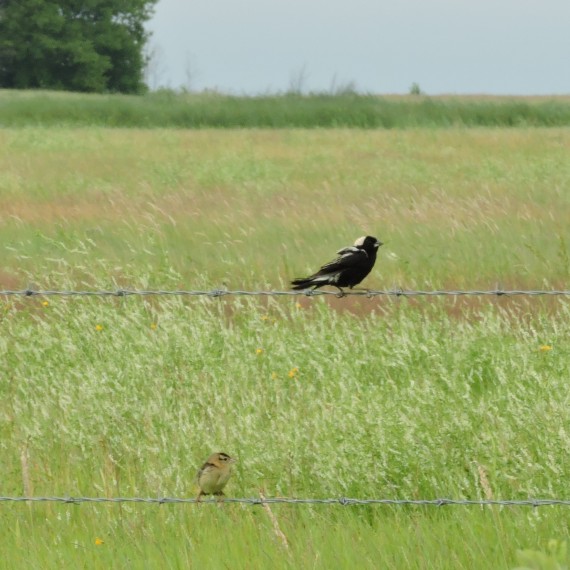 In the field beyond where the BOBO-show was taking place, we got a peek at Sandhill Crane and Great Blue Heron. On the water, we saw lots of Western Grebe, including this brave one carrying young on its back in rough waters. Although getting this grainy shot induced quite a bit of nausea, I was rather proud to have out-photoed Tim on this one (Patricia 1, Tim 0)! 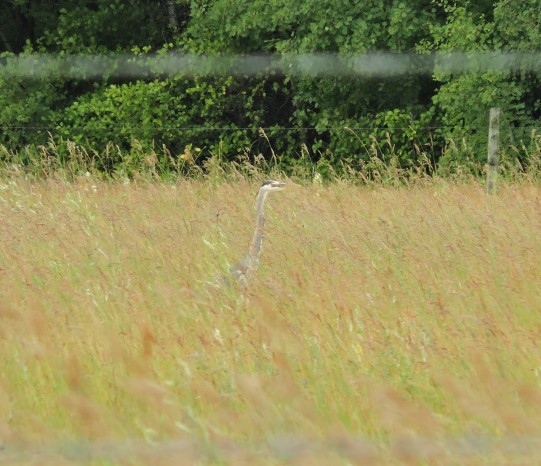 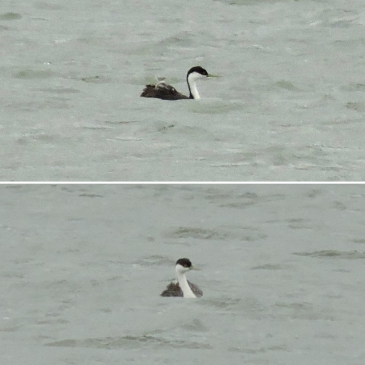 The strong winds allowed us to witness and admire the prowess of the Black Tern. 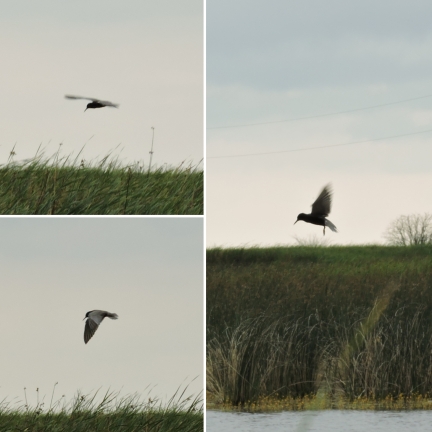 When we came around to suitable Red-headed Woodpecker habitat (e.g. open understorey, standing deadwood, often with cattle grazing), we almost immediately saw two individuals. After several minutes, a bold one flew directly towards us! We had our cameras ready but were too frazzled/excited to get a good picture of it in-flight and both ended up with blurry background pictures (Patricia 0, Tim 0). However, he did stick around and proceeded to pose for us around his habitat! 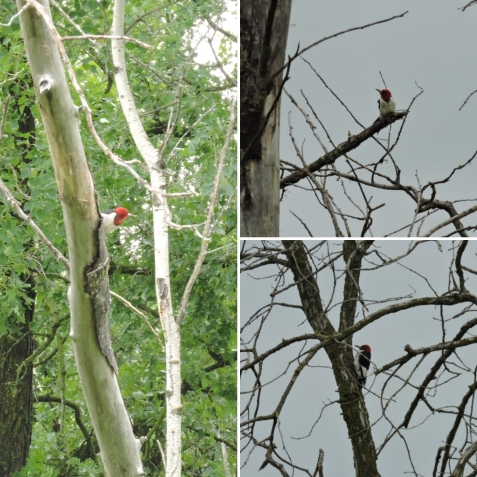 My biggest disappointment of the day was failing to get an identifiable shot of a Red-necked Grebe. While I struggled, Tim effortlessly took a great picture (Patricia 0, Tim 1). 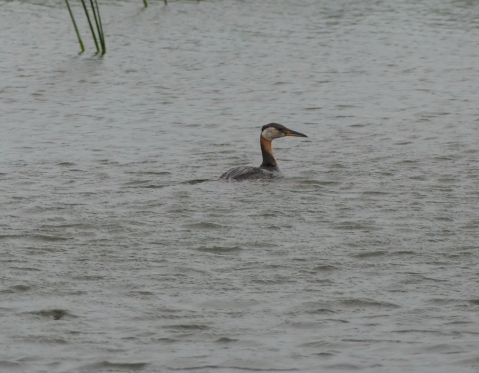 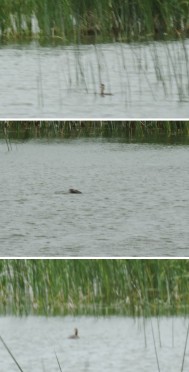 Last but not least, we saw a Least Bittern flush while scanning appropriate habitat. Although we were ready and hoping to see one, both Tim and I missed our shot despite getting a good long look (Patricia 0, Tim 0). 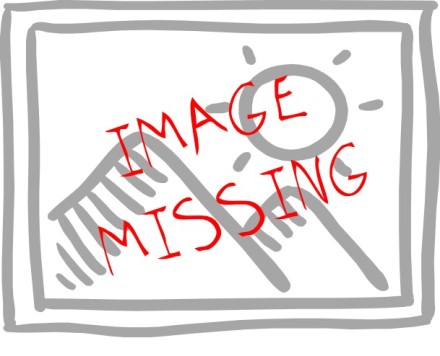 Towards the end of our survey, the wind started picking up and the skies started rumbling once again, and so, we headed back to Winnipeg (Final tally: Patricia 1, Tim 1).

Check out the highlights of our brief survey in this IBA and our total count! 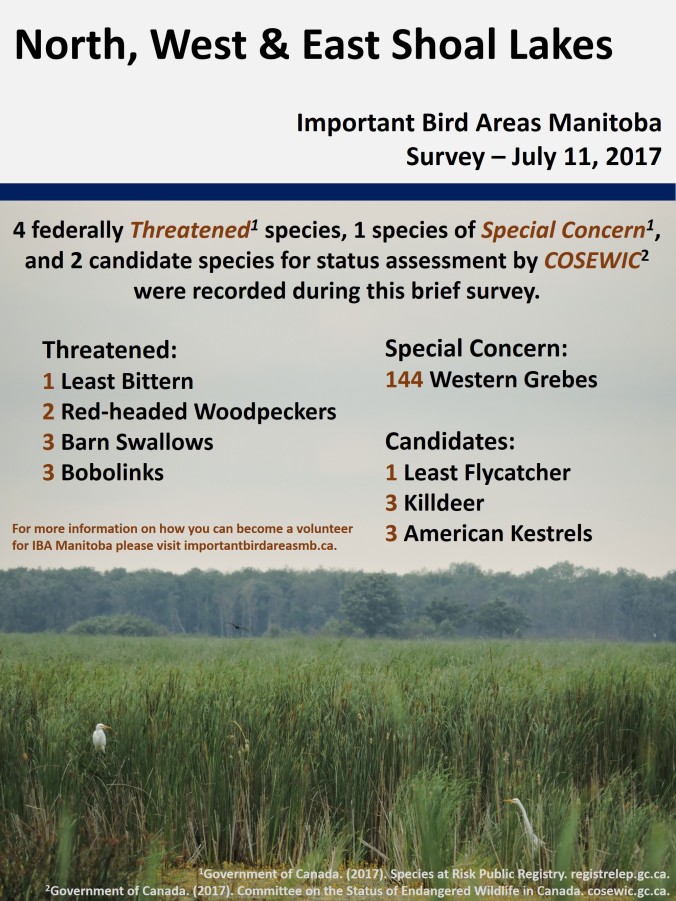